Towards a carbon neutral energy future 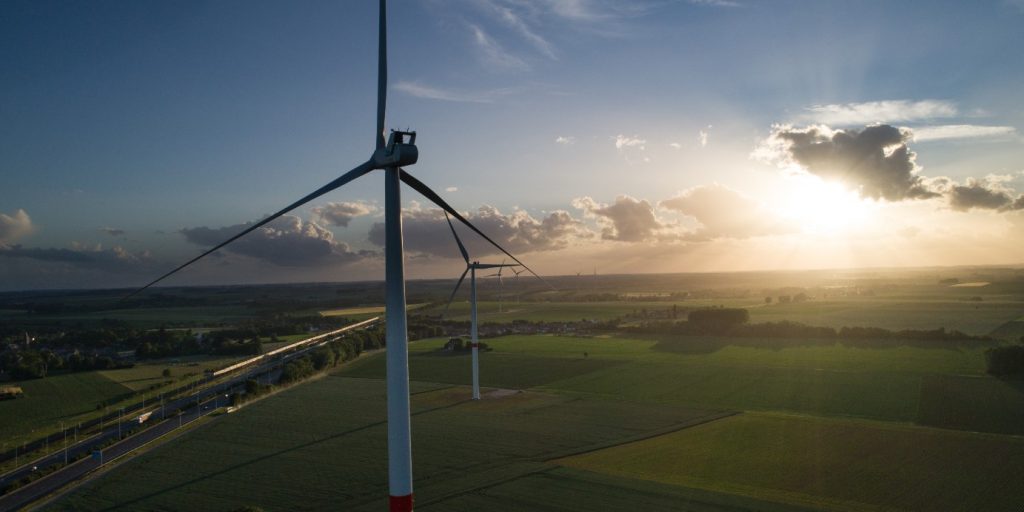 The world has been thrust into unchartered territory with the emergence of COVID-19. The pandemic has disrupted not just lives but livelihoods, upending global supply chains and throwing already softening economies off course, some possibly into recession.

Despite this dislocation, and the long shadow it will cast, can the world afford not to pay attention to climate change and a broader sustainability agenda at this time? I believe we simply cannot afford to do otherwise.

Not only does climate action remain critical over the next decade, but investments in climate-resilient infrastructure and the transition to a lower-carbon future can drive significant near-term job creation while increasing economic and environmental resiliency.

I believe these are some of the reasons why sustainability continues to rise on the agenda of many public and private sector leaders and indeed why we have seen unprecedented renewables and efficiency solutions adopted by authorities and corporations, including great green stimulus, as the world seeks ways to rebuild economies that are cleaner and more environmentally friendly.

In living up to ENGIE’s purpose to “accelerate the transition towards a carbon-neutral economy”, we are increasing our attempts to help businesses and governments tap all forms of large scale renewable electricity generation (wind, solar, geo-thermal, hydro etc) and globally we added 1,200MW of wind and solar capacity in the first half of 2020 and have a stated desire to be adding globally, on average 4,000MW every year.

In parallel, we continue to focus on energy efficiency solutions and decentralised infrastructure assets, such as urban district cooling and on-site low-carbon power generation to deliver value to our customers.

District cooling systems are for large developments becoming the preferred cooling solutions globally for cities and buildings, as compared to stand-alone chiller plants.  This is because it is more energy efficient, uses less potable water and generates significant savings in capital expenditures and operating costs compared to conventional de-centralised chiller plants.

We think this technology is a key enabler in meeting the increasing air conditioning needs from businesses and customers in a more sustainable way for the environment, reducing CO2 emission and water consumption significantly, as well as making space available on buildings for other productive purposes.

As the world’s largest independent provider of urban cooling networks, ENGIE operates over 390 district heating and cooling systems globally, including four district cooling plants in the APAC region. In addition, we have recently announced our partnership with Sunway Construction to expand our District Cooling business in Malaysia to boost the country’s environmental sustainability efforts, once again reinforcing our position as the global district cooling industry leader.

Of course these sorts of investments are not free but organisations should be pleased to learn that in this economically challenging climate, there are viable options for them to continue pushing their environmental agenda.

At ENGIE, we are fully mobilised and committed to make carbon neutral energy transition accessible for all our customers. We have in place financing schemes that enable companies to fund projects from future savings and revenue streams, freeing up current capital for immediate operating needs or investment. Enterprises can also reduce energy bills and business liabilities – and better focus on their core business − by offloading their utility assets to third party experts like us to run and maintain to agreed performance standards.

A focus on demand for renewables and efficiency solutions in Australia

According to energy research provider BloombergNEF, in renewable energy, solar photovoltaics and onshore wind are now the most economic new form of electricity generation for at least two-thirds of the global population. They now provide up to 30% of global electricity demand, a figure is expected to grow to 50% by 2050.

The latest analysis of electricity generation costs by the Australian Energy Market Operator and CSIRO shows solar photovoltaics and wind are already cheaper than coal and gas in Australia.

As pressure grows on companies to respond to climate change, many firms are keen to show they are switching to green power sources.

Importantly, we are seeing a greater interest in and support for investing in sustainability projects. In recent times, we have seen a boom in large-scale renewable energy projects from power purchase agreements (PPAs) with companies or municipalities across the country.

Having our presence in the region for over two decades now, ENGIE is already playing an active role in Australia’s renewable energy transition with almost 1,000MW of low-carbon generation either in operation or under development.

In Australia, it is not just the large multi-nationals or ASX 50 listed companies looking to make a difference, we also see local companies of varying sizes looking to invest in their own sustainability goals.  In July, ENGIE announced a landmark agreement with Weir Minerals Australia to source renewable energy for its operations in New South Wales and Queensland. The renewable energy from Weir Minerals’ PPA represents a reduction of more than 100,000 tonnes of carbon emissions (CO2e) over the lifetime of the five-year agreement. The PPA is one of the first of its kind between a renewable energy provider and a major supplier to the Australian resources sector.

Around the same time, we completed a second landmark PPA agreement with Mawsons – a first in construction sector to source 100 percent of its mains electricity from renewable sources. Through this collaboration, Mawsons, a leading supplier of concrete and quarry products, is taking a leadership role in sustainability in what has long been considered a carbon intensive industry, and consequently, significantly reducing the environmental impact of its operations across regional Victoria and southern NSW.

We also see the government through various agencies looking to promote new energy solutions and in July, the Australian Renewable Energy Agency (ARENA) announced that ENGIE has been shortlisted and invited to submit a full application for funding as part of the agency’s Renewable Hydrogen Deployment Funding Round. The $70million program is aimed at fast-tracking commercial-scale deployment of renewable hydrogen in Australia and commence the pathway to achieving the Australian Government’s goal of ‘H2 under $2’.

At ENGIE, we firmly believe that hydrogen is the key that will unlock the full potential of renewables and carbon-free energy solutions. It will accelerate the energy transition by allowing numerous green energy technologies to be used with much greater flexibility. That’s why we have joined Mining3, a leading global mining industry research organisation that’s looking to fast track the development of solutions to the major issues the industry faces, such as mining decarbonisation.

We believe in accelerating the energy transition – through investments in smart solutions which are often large but increasing more decentralised and digitalised. By doing so, we create opportunity for organisations across the region to meet their own sustainable development goal, further accelerating the world’s transition to a more sustainable way of living and working.

While the battle to live and work more sustainably will not be won overnight, we are proving that despite this pandemic, organisations and individuals have the technology, infrastructure and willingness to make tangible progress. Hence, it is only a matter of time before carbon neutral energy becomes a reality.

A Discretionary Investment Manager: Why it might be the solution to your financial health